The Bitterroot Valley had been the home range of the Bitterroot Salish people for hundreds, perhaps thousands of years. They allowed passage through the area to friendly neighboring groups such as the Nez Perce and the Iroquois who traveled from the East for the Hudson Bay Trading company as trappers and guides. They also led Lewis and Clark to trails that would guide them safely to the west coast.

From Iroquois the Salish heard about men in black robes who were willing to share practical skills such as farming along with their religion. These men were Catholic missionaries, Jesuits. Starting in 1831 four delegations went East to request the Blackrobes come to the Bitterroot. When the Jesuits finally arrived
in 1841, they founded a mission and taught many skills. But other settlers filtered into the Valley and hunting became scarce. The Native Americans drifted away. The Jesuits decided to abandon the mission temporarily in 1850 and it remained closed until after the Civil War. The church building was razed to prevent desecration. The remaining buildings and land was leased to John Owen, a fur trader, for $250, contingent on the Jesuits' return by January 1, 1852. When the Jesuits did not return by the cut-off date, the land become Owens’. 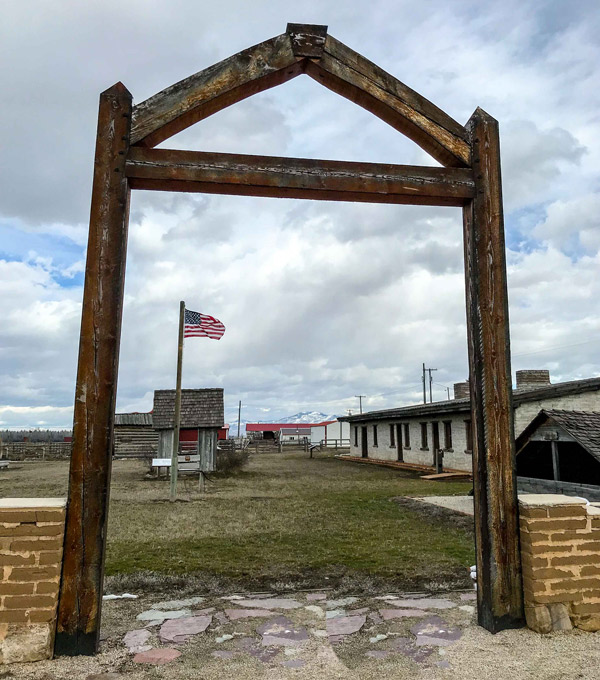 In those next few years the Fort Owen trading post was the new center of American culture, a hub for growth that brought in European settlers. When the Jesuits returned in 1866, they found a more diverse group of people to serve. The mission was rebuilt. The fathers preached and taught their faith, as one would expect, but also provided medical care and knowledge and materials that became the basis for industry and craftsmanship which changed the town’s entire economy.

As a well-established rural community, Stevensville continued to develop through the years, being a commercial center for farmers, ranchers, miners, lumberjacks, dairymen and orchard growers. The people of Stevensville are always willing to try the next big thing. That’s why they are still here.

Stevensville's people have always stepped out in faith to take a chance for a better life. Maybe we learned that from those brave and faithful Bitterroot Salish.